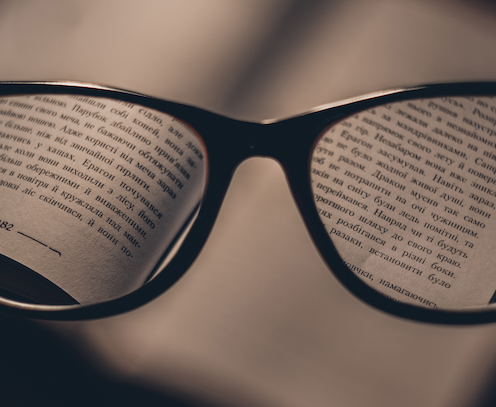 When you think about language policy, or public policy in general, you might imagine long government documents or declarations, such as the United Arab Emirates’ (UAE) Vision 2021 or its Arabic Language Charter. However, language policy is about much more than just documents. Bernard Spolsky (2004), a language policy researcher, explains that there are three dimensions of language policy: beliefs, practices, and management. If we only look at documents, we are only thinking about management (and maybe national-level beliefs and assumptions) but it is important to understand people’s everyday language use as well. This is part of what my recent research project in Ras Al Khaimah aimed to find out. So what are people’s actual language experiences in the UAE, particularly in Ras Al Khaimah, and how do they align (or not) with formal policy goals?

There are two important things to consider when linking language practices to language policy. The obvious question that a lot of policy-makers consider is what kinds of effects do their policies have on people’s and institutes’ practices? They want to know if their policies are working or not, if they need to make any changes to achieve their goals, or how they can make better policies in the future. This is a common, top-down approach to policymaking and reform. However, a second question that is not asked as often, but is also important to consider, even if it is more difficult to answer, is how do people’s language practices become policy? Real language use is complicated and rarely fits nicely into policy plans; however, this complexity often becomes routine in specific ways. That is to say it becomes a norm or a kind of informal policy. I will provide a couple of examples of what I mean by this.

For context, in recent years the UAE has significantly increased its language policy and planning initiatives. The country has become increasingly financially and politically invested in English-language education at all levels of the public education system, while at the same time also citing explicit targets for maintenance of Arabic and extension of its use to domains such as science, education, and research. Constitutionally, the official language of the UAE is Arabic; however, the official stance on what this means in practical terms has always been somewhat vague. Vision 2021 and the Arabic Language Charter added some preliminary discussion around the governmental language policy goals for the near future of the UAE. Vision 2021 called for Arabic to “re-emerge as a dynamic and vibrant language, expressed everywhere in speech and writing” (p. 7) and the Charter claims the overarching goal of “affirm[ing] the preeminent position of the Arabic Language in the United Arab Emirates” (p. 1).

Example one of how the experiences of language-users becomes an informal policy is one of the participants in my project, Bradley (all names are pseudonyms), who is an expatriate working in a free zone company. Before coming to Ras Al Khaimah, he did not speak Arabic but he nevertheless expected to learn. He believed that Arabic was “compulsory” in the UAE. At this point, we might say that Arabic language policy in the UAE was somewhat successful in that the image the UAE projects internationally is that of an “Arabic country” where Arabic is necessary in work and everyday life. However, Bradley quickly found that this was not the case.

Not only did Bradley not need Arabic, but he desperately needed Urdu. Internally, he had to be able to explain work processes and give safety instructions to staff members from Pakistan and India who did not speak enough English or Arabic to work every day in these languages. As a result, Bradley, along with a colleague, made his own informal Urdu language policy for work and for his personal life. In his first six months, in his free time, Bradley tried to practice Urdu in restaurants and shops in Ras Al Khaimah and watched movies in Urdu. At work, he tried his best to communicate mainly in Urdu as well, and after a half a year felt that he was more or less fluent. His workplace ran much better with this informal policy in place. In short, Bradley’s own language policies for Urdu were ultimately quite successful, in contrast to policies around the use of Arabic.

A second example is another of my participants who spoke to me about their experiences with language in Ras al Khaimah. Maria, is a woman who had moved to Ras Al Khaimah as a teenager and had stayed in the city after graduating from high school. She explained that when she first moved to the city she joined an English-medium private school but her classmates were all Arabic speakers. Several students who welcomed her decided that it would be better if their group of friends only used English, both inside and outside of school, so that Maria would feel more comfortable, among other potential unspoken rationales and priorities. She is still friends with a number of her former classmates and the group maintains this informal English language policy to this day when Maria is with them. As such, despite having a number of Arabic-speaking friends and having taken Arabic courses in high school, Maria has not acquired much Arabic and does not use the language very often in daily life.

For Bradley and Maria, informal language policies were much more important than formal ones in shaping their experiences with language in Ras Al Khaimah. However, understanding these experiences requires finding out how people in the city (and the UAE as a whole) engage with language and language policy in ways that go beyond formal policy frameworks.

If the UAE hopes to promote Arabic as a national language in practice (not just law), it will need to better understand what kinds of policies actually shape the language practices of its residents – expatriates in particular, as they are the majority of the population and due to economic influence greatly impact the language choices of their fellow expats, as well as UAE nationals. This means talking to people about their lives in the country to get a sense of their work and life routines and the policy pathways they build through them.

For more information on language policy in the UAE, and the importance of understanding how language is used, check out the Al Qasimi Foundation’s open-access Policy Paper Expatriate Experiences with Language Policy in the UAE: Challenges, Contradictions and Opportunities by our Visiting Scholar William Cook.

William is a Ph.D. student in the Linguistics and Applied Linguistics Program at York University. His research interests are in language policy and planning, with particular focus on the Arab Gulf States, and he deploys ethnographic and narrative research methods for policy research.

Early childhood education, what is it and why does it matter?
Top 5 Digital Literacy Skills UAE Students Need for Success
From Start-up to Sustainable Success: Lessons Learned from Our First 10 Years