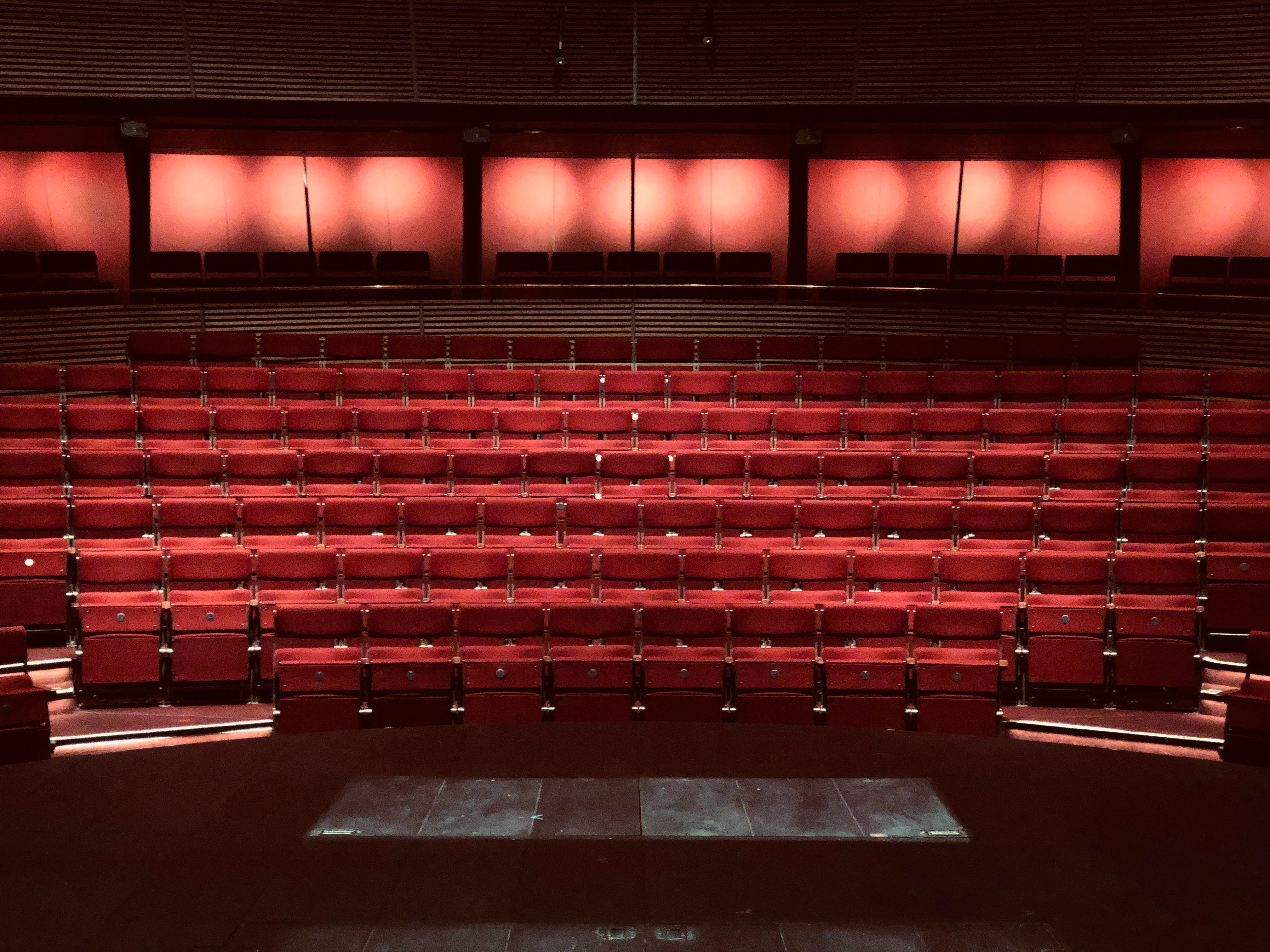 Scenes from the Theater in Ras Al Khaimah

You might not think that scheming sea captains, singing penguins, and salsa-dancing social media starlets would have much in common. But they do share this: they’ve all graced the stage during theatrical performances created in Ras Al Khaimah.

Theater in Ras Al Khaimah has a notable history. The emirate lays claim to the first theater in the UAE, and its theater-makers were pioneers of the art in the Emirates, creating performances as early as 1969—at least one of which was attended and commented upon by Shaykh Zayed Al Nahyan, founding father of the UAE.

The Ras Al Khaimah National Theater Troupe, officially established in 1976, has from its early days struck a delicate balance between tradition and innovation, between the local and the cosmopolitan. From the beginning, they were quick to recognize and benefit from local talent as well as expertise from around the Gulf. The celebrated Bahraini playwright Khalifa Al-‘Irayfi, for example, spent over six years, from 1978 to 1984, acting in and directing plays for the Ras Al Khaimah National Theater Troupe.

Al-‘Irayfi’s productions in Ras Al Khaimah included, in 1981, the play Seven Nights by Bahraini author Rashed Al-Ma’awada. Set in a Gulf village in the 1940s, Seven Nights portrays the conflict between starving villagers, a cabal of wealthy noukhadhas (pearling boat captains), and a well-meaning teacher who tries to convince the avaricious captains to distribute their hoards of dates to feed the hungry, before the villagers’ grief and anger boils over into a bloody revolt.

The play sparked a backlash upon its premiere in Bahrain in July 1971, just before the island gained its independence. Neither the violent class conflict, nor the representation of religious authority in the person of a cowardly and venal Imam, sat well with the authorities; the play was banned, and the author and the director jailed. And even ten years later, it would have undoubtedly required courage on the part of Al-‘Irayfi and the Ras Al Khaimah troupe to tackle such potentially controversial subject matter.

Over the subsequent decades, Ras Al Khaimah continued to support the work of local and regional playwrights and theater-makers. Local schools have successfully used performance as a teaching tool, of which the all-female, English-language performance of Shakespeare’s Antony and Cleopatraat the Julfar Secondary School for Girls provides one striking example. The Shamel Association for Arts, Folklore and Theater has also employed drama as a means of simultaneously entertaining audiences while reminding them of the value of education.

Meanwhile, the Ras Al Khaimah National Theater Troupe has continued to perform regularly at venues and festivals throughout the UAE, like the Cultural Foundation Abu Dhabi and the Sharjah Theatre Days Festival. They have excelled in the production of theater for children, with plays like The Penguins are Singing(2014)and The Cave of Wonders(2015), both of which won a slew of awards at the Emirati Children’s Theatre Festival.

And under the guidance of directors like Mari‘ al-Halyan and Mubarak Khamis, the troupe has continued to perform plays that contain a fair amount of social critique, for audiences of all ages. They have repeatedly staged plays in which domineering fathers and rigid social hierarchies crush young people’s dreams of love (Al-Boushiya, 2017, and Lamas al-Mawaja‘, 2020), or in which characters abandon their moral compass to chase after money or fame (Mawal Haddadi, 2018, and Talaya al-Layl, 2019). Actress Dalal al-Yasiri gave a memorable portrayal in Talaya al-Layl as Hamda, a young woman whose character arc—from the pious daughter of a muezzin, to an Insta influencer flaunting her fashion, makeup, and salsa dancing skills—illustrates the superficiality of social media celebrity.

Yet for all the long history and the array of significant theatrical work performed here, Ras Al Khaimah makes few appearances in histories of theater in the region. Accounts of contemporary theater in the Emirates focus almost exclusively on performances and theater activities in Dubai, Abu Dhabi, and Sharjah. The policy paper that I am drafting thus aims, among other things, to make some recommendations to raise the profile of theater in Ras Al Khaimah, and to help make its history better known.

On a personal note: I arrived in Ras Al Khaimah to conduct my research shortly before the COVID-19 outbreak began to affect the UAE, and I am sincerely grateful to the Sheikh Saud Bin Saqr Al Qasimi Foundation for Policy Research for the support that they have provided, both in person and from a distance, during these unexpectedly turbulent times.

What Does ‘Home’ Mean to Students in International School?: Guidance for International Educators
Arabic Learning Motivation and its Impact on Non-native Arabic Students in the UAE
Introducing the 5 Principles of Asset Based Community Development

Previous Blog
Top 5 Misconceptions about Autism in the UAE
Next Blog
Introducing the 5 Principles of Asset Based Community Development
Web design in Dubai by Nexa
Copyright 2015 Al Qasimi Foundation. All rights reserved.