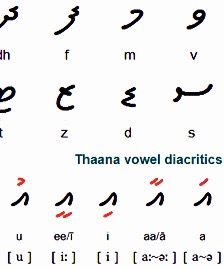 How to spell more precisely in the Arabic script? An innovation from the Islamic world

Much innovative thinking is underway on increasing the influence and utility of Standard Arabic. One potential area for exploration concerns the script.

Unlike the Latin alphabet that is used to write multiple languages, the Arabic script has evolved mainly to meet the pronunciation needs of Standard Arabic. To increase the influence and use of Arabic in schools and in international contexts, a greater range of sounds is needed. What options exist? Below are some potential lessons from other innovative script applications.

The Maldives is an island nation in the middle of the Indian Ocean. Its closest neighbor is Sri Lanka, and for centuries inhabitants came to it from Sri Lanka and India. Its language, Dhivehi, was traditionally written in versions of the Sinhalese script, but this and other versions of south Indian syllabic scripts are visually complex (see the script at the end of this article). Learning them takes much practice, and countries like Thailand or Cambodia must put a lot of time into instruction.

Around the 12th century Muslim missionaries arrived, and Islam gradually became the main religion of the islands. An unknown inhabitant created around the 16th century a new script for Dhivehi, using Arabic in innovative ways. It is called Thaana.

Like Arabic, Thaana is written right to left. But unlike Arabic, all letters are separate, and each has a vowel on top. The first nine consonants (h–v) are derived from the Arabic numerals and the rest from local sources. The vowels, called fili, reflect the Arabic harakat, but they were expanded with sounds needed for Dhivehi. For long vowels, the symbols are doubled.

The result is probably the world’s easiest living script. Shapes are simple and therefore more easily retained than the older script, Dives Akuru.  Dhivehi is spelled as it sounds, so children in the Maldives learn all there is to know about reading Dhivehi by the middle of Grade 1. The Maldivians are justifiably very proud of the Thaana script. 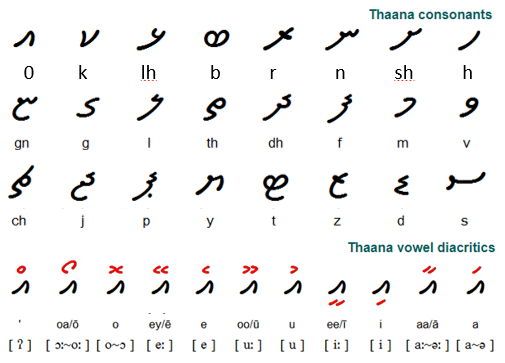 The Dhivehi script offers some lessons for the writing of Arabic vernaculars. Of particular interest are the vowels.

The Arabic letters are closely tailored to the sounds of standard Arabic as pronounced around the 6th century CE. The language has essentially three vowels: a, i, u written as letters ا ,ي ,و for long sounds and harakat (diacritics) for the short sounds. The harakat are for beginners and for clarifying ambiguities. Semitic languages have predictable vowel patterns, so since the ancient years, the users who knew the language well could decipher words by just reading consonants.

Over the centuries, speakers of other language families started using the Arabic script. There are Arabic alphabets for Urdu, Pashto, Farsi, African languages, Javanese (Jawi), and Malagasy sorabe. Consonant diacritics were developed for these populations, such as p, g, ch, v, ng ( پ چ ڤ گ ګ ). But new vowels were rarely developed or were not sustained. Nearly all languages need an e and an o, but the users of the Arabic script are limited to i and u. In an era of sophisticated writing, foreign names, and universal education, the potential for confusion is considerable.

An extended alphabet would considerably benefit the many facets of Arabic. The missing vowels can be taken from Dhivehi Thaana, and the missing consonants (mainly g, p, v, ch) from scripts such as Urdu. Also the Egyptian, Syrian, Maghrebi vernaculars would write long and short vowels on standard Arabic letters as needed. For example, it is not possible to render the Emirati greeting shakhbarech” precisely2. It is spelled as شخبارك3. But using a Thaana e and a Urdu ch, it can be rendered as

Precision would make it possible to render precisely foreign names and brands such as Edward, Helen, or Dolce & Gabbana. This is important for students studying in Arabic and who must learn the correct pronunciations of the many names and terms used in science and literature. Similarly, the news media would be able to print foreign places and names more accurately. For example, “Dostoyevsky” and “Chekhov could be spelled as:

An extended sound set would also permit vernaculars to be written. For cultural reasons vernaculars are rarely used for writing, but a need for the missing sounds is clearly felt. Perhaps for this reason, younger readers borrow the Latin letters as “Arabizi” in text messaging (e.g. mush awez = I don’t want).

Improved spelling of the vernaculars would sustain standard Arabic. It would facilitate the writing of literature in daily spoken languages and creation of dictionaries. A number of institutions promote vernaculars, such as AlRamsa in the United Arab Emirates. Innovative thinking on Arabic script would help illiterate adults to learn in an idiom that they understand. It may facilitate Arab students who attend English-medium schools and learn limited standard Arabic. If they wrote the vernaculars in grades 1-2, they could then transfer to standard Arabic and learn English only as a subject.

In Arabic vernaculars, an extended vowel set would not have to be written always. Arabic vowels are still largely predictable in the vernaculars, and the Thaana fili would merely serve to clarify ambiguity. And the extended sound set would apply to Urdu, Farsi, or Pashto. (Note that the word “Pashto’ in the Arabic script can only be rendered as Pashtu).

Arabic is not alone in needing extra symbols. There are other countries where dialects need extra letters. The Cypriot dialect needs a ch and dj, which do not exist in Greek. Ability to write a dialect precisely helps with students’ schooling, as is the case in Swiss German. Students are able to cross over to the standard German language used for all their schooling.

In conclusion, those who treasure the breadth of the Arabic language would find an extended alphabet valuable. Not everyone knows the breadth of possibilities that are available from languages that used the Arab script and its extensions.

The innovators could look eastwards towards a group of exotic islands. The Maldives may give back to the Arab world the scriptural gift that it once received.

Note: The consonants of the older Dives Akuru are below (omniglot.com)

2 What are your news (female) 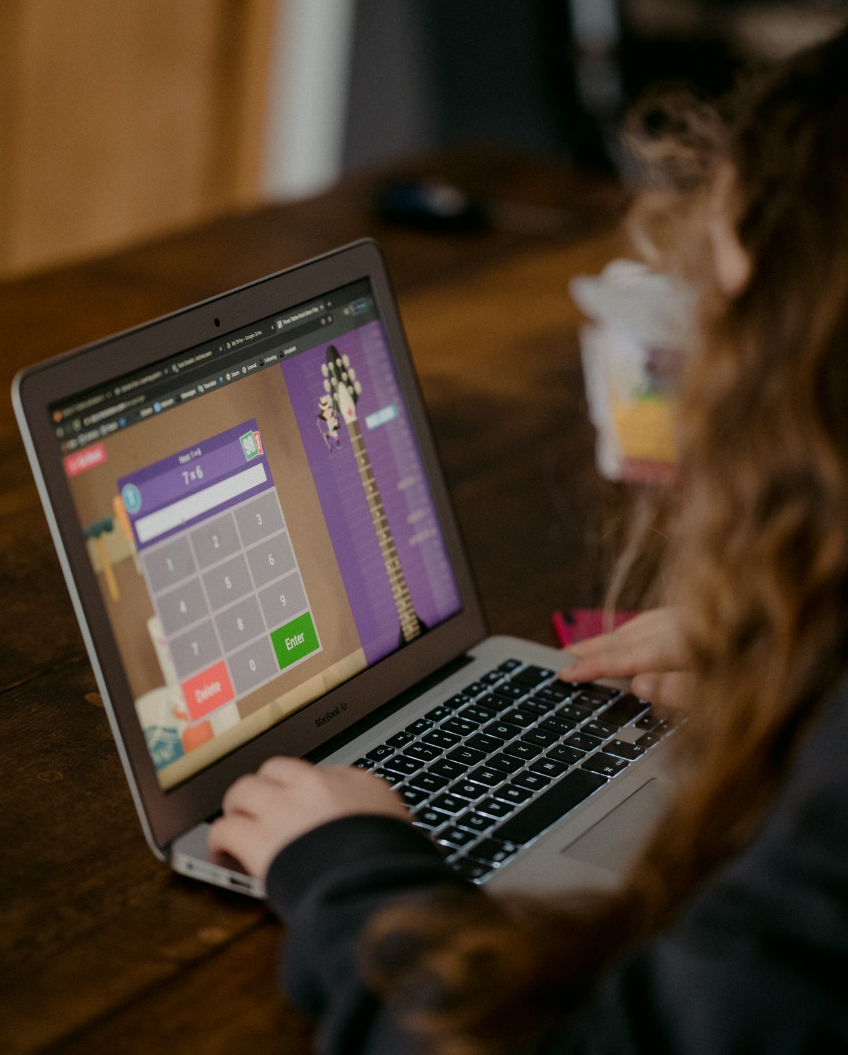 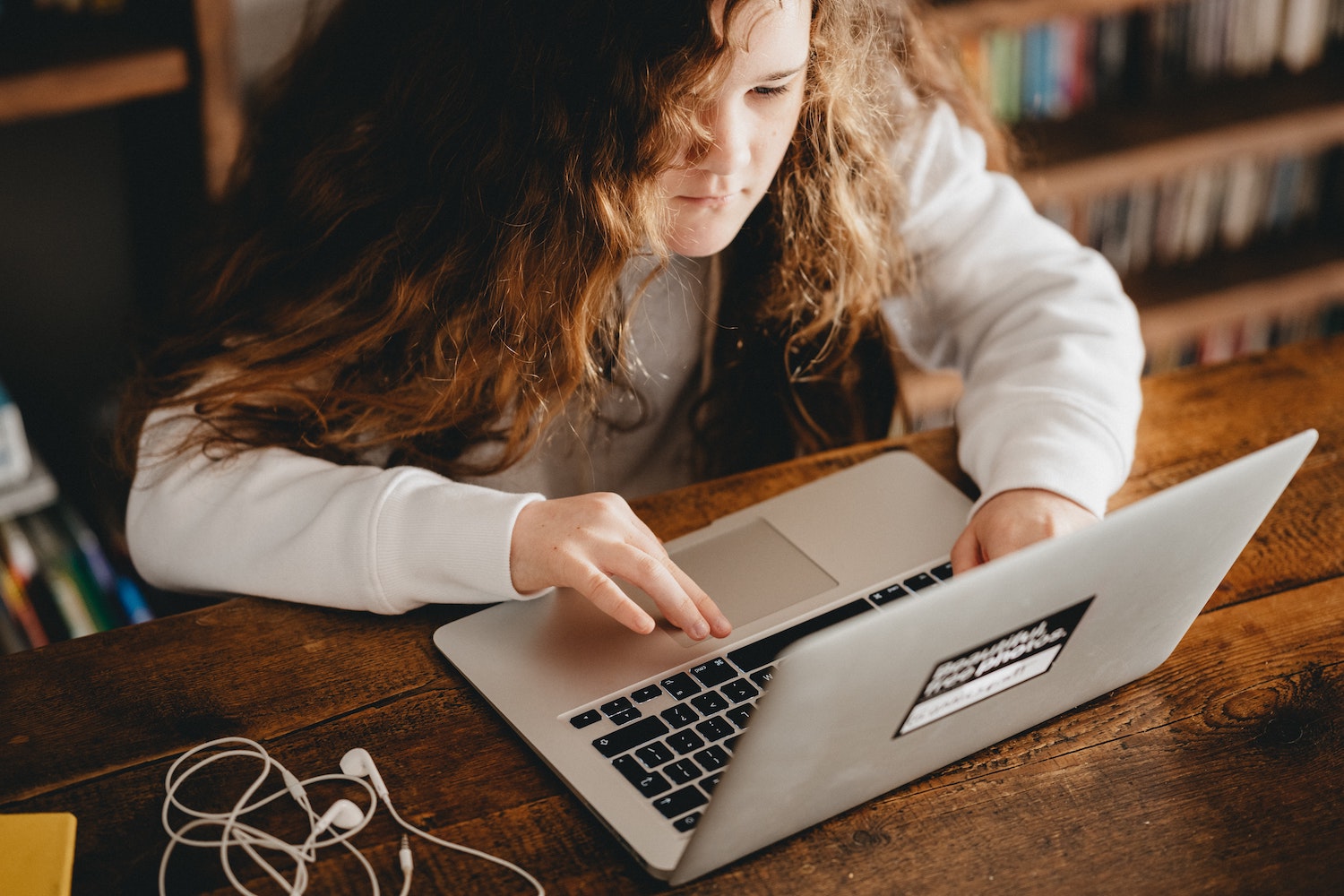